How Round Pond Estate is Growing Online Sales

When it was time for wineries to pivot their sales strategies as a result of shelter in place guidelines, Round Pond Estate was ready to jump headfirst into ecommerce. This Rutherford, Napa Valley winery has a strong marketing team that was already directing 30% of their attention to online sales as part of their omnichannel approach. From a design and technology standpoint, they could quickly scale online efforts.

What did this look like? Round Pond found new ways to play up their brand’s strengths, carefully recalibrated their messaging, and used an omnichannel approach including digital and telesales outreach to customers. This strategy has been so effective that their ecommerce sales in April grew 10x over last year, and telesales grew 8x.

Play to Your Strengths

According to Marketing Director Erin Robertson and DTC Director Andrea Myers, Round Pond’s diverse product offering was part of the reason they were able to pivot quickly. The team evaluated inventory and current products, and combined two existing offerings into one: a half bottle care package geared toward wine lovers stuck at home. With everyone spending more time alone than usual right now, it was hugely successful.

This promotion worked well because the winery already offered gift sets online, fulfilled with WineDirect, and they produce 375ml half bottles of Sauvignon Blanc and Cabernet Sauvignon typically allocated for restaurant distribution. Round Pond brought this offer together seamlessly by working with what they had. 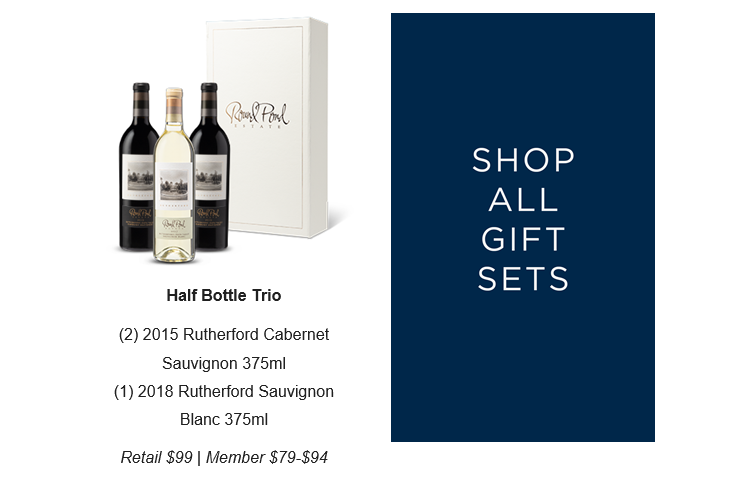 Another successful tactic was reallocating produce from the winery garden. Tasting experiences at Round Pond often feature a culinary component from their in-house chef. Without visitation, they found themselves with a surplus of fresh vegetables locals would love to take home - especially considering food shortages and health concerns surrounding grocery trips. Their produce boxes targeted mailing list members with local zip codes and was such a hit that they now have a produce shortage.

As a result of these offerings, plus their Give Back Pack for which produce boxes were donated to to local food banks with each purchase, Round Pond’s email open rates are up 10%, unsubscribes have dropped 30%, and sign-ups for the mailing list have jumped 25% every week.

Both Erin and Andrea emphasized that shifting their consumer messages is an ongoing process, not a one-time overhaul. With the rapidly changing nature of current circumstances it’s hard to know which messages will be appropriate a month from now, possibly even a week from now. Your winery can set aside time at the beginning of each week, or maybe even twice a week, to make sure your brand is staying both sensitive to what people are going through, and relevant culturally.

Round Pond learned this early on. They began phone outreach alongside their first email campaign in the early days of shelter in place - primarily with the goal of letting loyal customers know they were thinking about them. But the team quickly pulled back on phone outreach as customers weren’t receiving it well. They waited two weeks before the team cautiously picked up the phone again. This time customers were incredibly receptive, spending 45 minutes or more catching up with the team, purchasing wine and scheduling virtual tastings.

Stay Consistent Across all Channels

If you were to renovate your tasting room and install marble countertops throughout, would you choose complementary decor for the rest of the space? Or would you opt for shabby chic furniture, neon striped wallpaper and gothic art? Unless absurdity is one of your brand pillars, the former is probably best. In that same vein, it’s important that your winery’s messages across all touchpoints are consistent in look and feel, and tell the same story.

Round Pond’s team is well-aware that all forms of non-face-to-face communication are more important than ever. They want customers to have a cohesive experience with their winery, similar to the in-person guest experience. For their brand, this means playing up their culinary side across all mediums, from social media to emails to virtual tastings.

Check out this Q&A on virtual tastings with Arkenstone Estate in the Napa Valley.

Round Pond’s last olive oil vintage sold out for the first time ever. This year they saw even higher record sales, a 30% increase, immediately upon release this Spring. As part of its release they tied in virtual cooking courses. On a Monday, they sent an email announcing their first cooking class for the following Friday via Facebook and Instagram Live, and offered a box set of gourmet food and wine products. This helped create urgency for customers to order a cooking kit in time for the class. They also included their social media handles in their emails and shared the hashtag #rprecipes, which has led to a big uptick in highly engaged followers. They have since added YouTube Live to the mix, and are streaming the cooking classes live on all three channels every Friday afternoon. 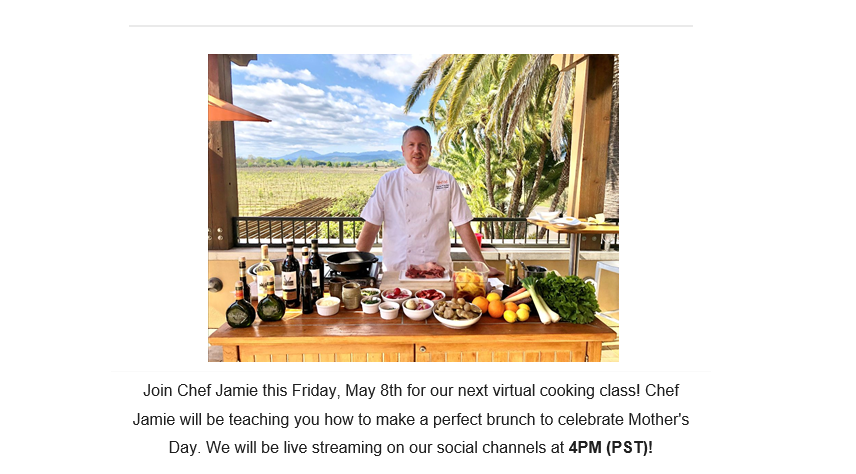 This has been a successful strategy drumming up new business and engaging an audience interested in the culinary arts. Meanwhile they are segmenting their audiences, and simultaneously offering private tastings for collectors whose cellars are stocked with Round Pond. These are scheduled during phone outreach - and often lead to follow-up sales.

Round Pond’s ecommerce efforts combined were enough to fully offset tasting room sales in March and accounted for 36% of revenue that month up from 8% in January and 4% in February. To date in April, the winery's ecommerce sales stand at 51% of monthly revenue. Not only are they seeing impressive ecommerce results, they are also seeing former members re-engage with their brand - another strategy worth considering, if you’re looking for ways to grow your membership as you think about long-term growth.

Learn how to plan a successful virtual tasting.

SEE HOW WINEDIRECT CAN HELP YOU TAKE YOUR DTC SALES TO THE NEXT LEVEL.

Learn how these wineries are using data to inspire teams and help continue growth in their DTC programs.

Webinar: Getting Started with Digital Marketing

Learn how to get started with digital marketing, loaded with recommendations from industry experts.

Learn how to plan a successful virtual tasting.

SEE HOW WINEDIRECT CAN HELP YOU TAKE YOUR DTC SALES TO THE NEXT LEVEL.

Ready to get started?