How Droughts and Laws are Affecting California Wineries

The state of California, home to America's 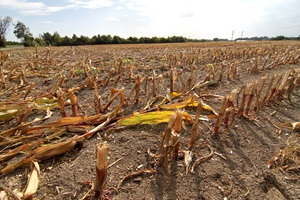 leading wineries, is more prone to severe changes in the environment. This can include natural disasters such as wildfires, earthquakes and mudslides. However, the more pressing issue right now is drought. Since late 2013, the majority of the state has been dry due to lack of rain and insufficient snowfall during the winter months, according to the U.S. Drought Monitor. Over half of California is currently at an exceptional drought level, the highest degree of intensity the monitor records. The severity has gotten to the point that drastic measures are likely being taken by wine merchants to ensure that a quality harvest of grapes can still happen during the year. With that said, new movements at the state government level may collide with these efforts.

Keeping the well from running dry
What has become a standard practice for California farmers in all sectors is to pump groundwater from aquifers deep in the earth's crust. The reason for this is that while the process of diverting water from the state rivers or reservoirs - including Hetch Hetchy and Don Pedro - requires a permit, groundwater pumping has been unregulated. However, the conditions of the current drought have caused water tables to reach severe lows, risking not only a severe economic loss, but also the possibility that the ground will sink, causing severe property damage.

As a result, the California state government is moving to create the first laws regulating groundwater pumping practices, according to the Los Angeles Daily News. The current bill facing the state legislature would require municipal water boards and related agencies to monitor water tables and ensure that water being pumped out would be matched by water flowing into aquifers. There is precedent for this in the rest of the country: The state is the only one in the West that does not have groundwater regulations despite leading the country in tapping into this resource.

However, this carries significant risk for wine merchants. Without proper water conservation measures in place on top of these regulations, wineries may not have enough for the season. As a consequence, they will have to cut back on plantings or face a lower quality grape variety. That can impact sales over the long term. Whether the bill in its current form passes or not remains to be seen, but it is likely that measures will be put in place before the legislature concludes business at the end of August.

Support your state, buy water bonds
Of course, that is not the only measure that California is considering to alleviate the drought crisis. Also on the table is a "water bond" that will likely face the ballot in November 2014. The bond act is a referendum that will allow the state government to raise money in bonds to pay for water infrastructure and supply projects. The immediate impacts, when applied properly, would provide relief to the water situation that is facing the state. It would also look into methods of improving the water supply over a longer period to prevent drought situations from impacting wineries and other farms.

Currently, there is already a water bond on the ballot as Proposition 43. However, the high price of $11.1 billion has made it unlikely that it will pass. Lawmakers are currently attempting to create a revised referendum, which according to the Fresno Bee would bring the cost down to $7.195 billion.

In the event of the referendum's failure, the wine industry may have one other hope to alleviate the drought: the weather. According to the U.S. Climate Prediction Center, the chance of a so-called "El Niño" global weather event in the fall and winter is currently at 65 percent. Such an event tends to bring massive rains to California. This event may inadvertently impact the referendum's success as well.

Grow Your Winery With a Free 2020 Winery Marketing Calendar

A new report from Rabobank brings together data, trends and insights to help your winery grow.

5 Takeaways From the 2020 DTC Wine Symposium

Get our team's top insights from the wine industry's annual direct-to-consumer conference.